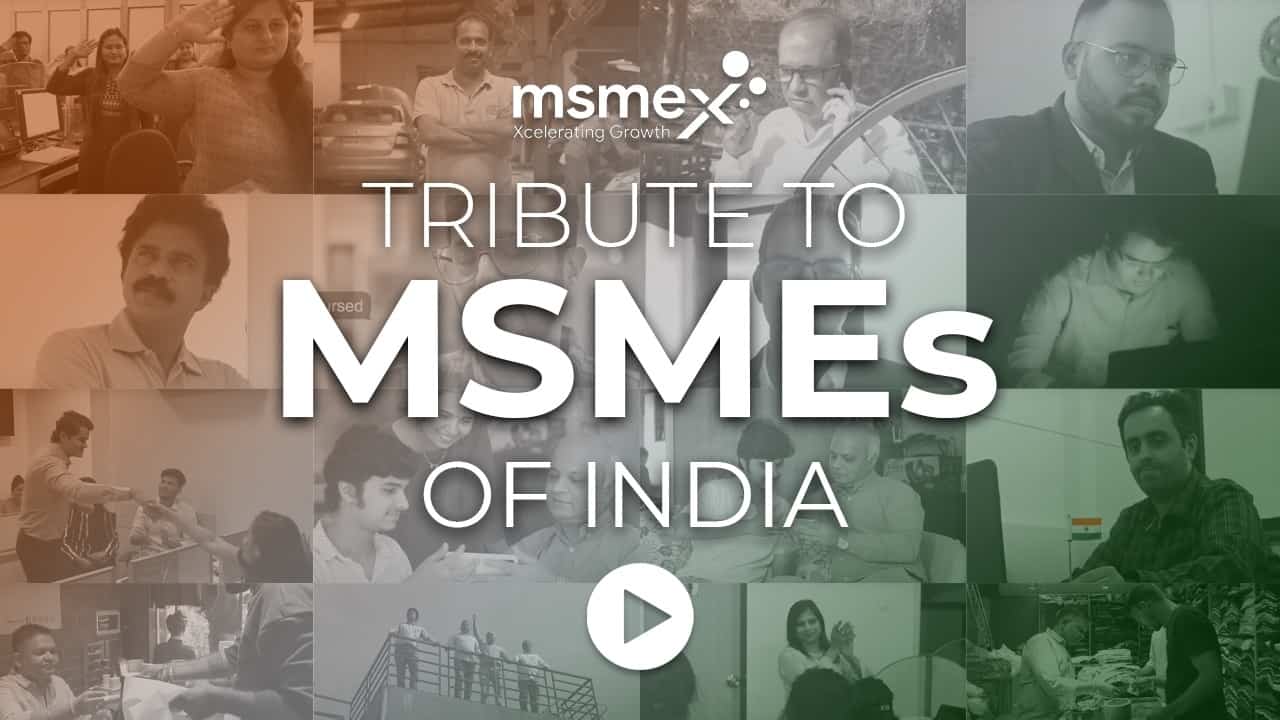 During times of disaster, such as COVID 19, MSMEs in India have proved their value in the economy and assisted in maintaining the equilibrium. These owners are in charge of the country, but they are not at the forefront of events.

Backstage, there are always individuals working to ensure that the show is good and running smoothly at all times. Those are the people that choose to work even if it’s 24 hours a day, 7 days a week, even if they have a personal event. They are frequently referred to as entrepreneurs. Learn more about – How To Become An Entrepreneur And Start Your Business? Explore The Step By Step Process

MSME stands for Micro, Small, and Medium Enterprise which was inaugurated by the Indian Government in agreement with the Micro, Small & Medium Enterprises Development Act, 2006. MSME is managed under the Ministry of MSME. The micro, small and medium enterprises are entities that are engaged in the production, manufacturing and preservation of goods and commodities.

The MSME sector is deemed to be the backbone of the economy of India because it has contributed significantly to the social as well as economical growth of the country. It helps in the generation of employment opportunities in the backward, rustic regions. According to the official data of the government dated 31st Aug 2021, there are approximately 6.3 crore MSMEs present in India.

Learn more about – What Are MSMEs? Its Definition, Benefits, Registration Process And Classifications Explained

MSMEs are a stronghold for the economy. Their contribution is undeniable. Their progress has resulted in the rise of the country’s socioeconomic sector and the alleviation of poverty among the poor.

They are located in our communities, sometimes even next door, and they continue to work even if they are not recognised. That is what sustains the country. MSMEs have created jobs for a large number of people in the country. We are aware of the country’s rapid population growth.

We are aware of the country’s rapidly growing population and the issues that this brings, one of which is unemployment. MSMEs play a critical role in recruiting individuals and establishing work prospects for them, something that even giant corporations cannot achieve.

MSMEs have worked at a deeper level, reaching out to a large number of individuals in rural areas and improving their circumstances. MSME is associated with a higher rate of economic growth, constructing an inclusive and enduring population in a variety of ways, including promoting low-cost non-agricultural livelihoods, unbiased regional development, gender equality in society, and ecologically continuous up growth, and, above all, protecting against deflation, which MSME has always demonstrated.

The dairy processing unit in India is an example. The unit purchases over 25000 litres of milk per day from local villagers to make cheese and two other products, which it then exports. These dairy products generate significant revenue and profit, ranging from 20% to 25%.

Additionally, the increased economic activity of MSMEs’ employees and suppliers has a substantial multiplier effect in the wider economy. Aside from providing a wide range of services, the MSME sector manufactures nearly 6,000 products ranging from traditional to high-tech. MSMEs are estimated to employ half of the world’s workforce.

It promotes long-term growth and poverty alleviation in developing countries like India. It also aids in resource allocation efficiency by implementing labour-intensive production processes, especially in countries like India where labour is plentiful but capital is scarce.

The expansion of MSMEs demonstrates that there is a high level of entrepreneurial morale in the economy, with entrepreneurs constantly inspired to accomplish something good for the country. MSMEs have improved their exploitation of domestic resources over time and have generated high-quality products and services. It contributes to the country’s industrial expansion and accounts for more than 90% of India’s industrial units, which has been steadily rising since its inception.

There are numerous success tales of people who have managed to run their small businesses despite all odds. Every small business, every startup, and even those secondhand stores on social media contribute to a country’s economic progress.

The prominent features of MSMEs in India are very diverse. These are:

Learn more about – Which Business Comes Under MSME? Explore the Complete List of MSME Businesses

The opportunities in MSMEs are enormous due to the following factors:

An MSME viral video named ” A tribute to MSMEs ” by MSMEx depicts the daily challenges of small business owners. They are omnipresent, and we perceive them as flawless people who appear to have it all together, yet their faces conceal their troubles. These proprietors take everyone with them.

On their way to success, they don’t leave anyone behind. But don’t we assume these folks will have a lot of success, nice money, and a comfortable life? Is that, however, all there is to it? No. Their expressions conceal the difficulties they confront. Even if they don’t make a lot of money, they make sure that the salary is attributed to everyone on their team.

The film accurately shows the plight of these small company owners. The stark black and white presentation conveys a lot, and the amazing narrative makes us all emotional about their progress.

The video encourages us all to honour them and to recognise that they are working tirelessly for their country, although in silence. Their tribulations are frequently unheard of. They make mistakes along the way, but they always come back stronger.

Only self-sufficiency in a country like India can be a solution for the depreciation of the Indian rupee. If it is established in impoverished areas, it will provide a consistent development to society and will be very useful in removing regional inequities. If their contribution is to be sustained, their individuality must be cultivated openly.

MSMEs contribution to the country’s social and economic development does not need any introduction. The sector has been positively benefiting the nation as well as the people. Their growth and their individuality needs to be ascertained so that they can continue contributing to the positive growth of the nation.