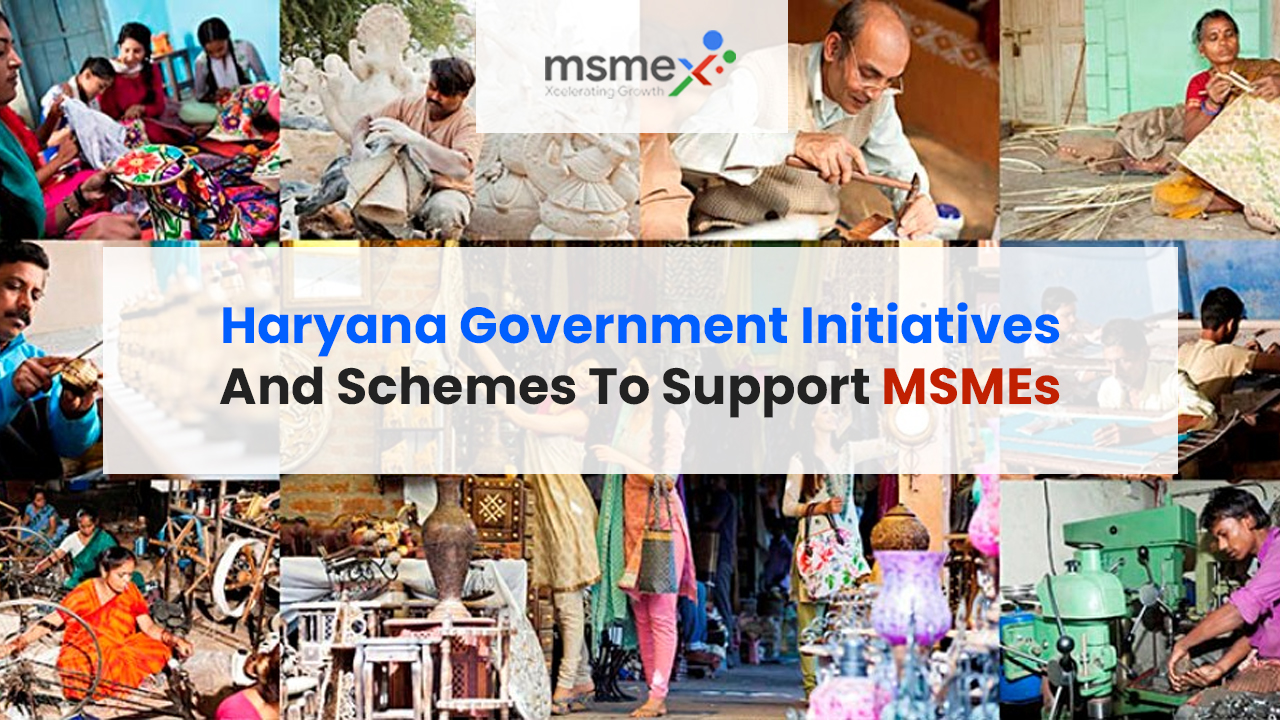 India has been undoubtedly one of the most diverse countries with vividity in every field. It marks its excellence in spices, culture, religions, festivals, personalities, tourism elegance, and the list goes on.

With 29 states bound into one nation through the influence of numerous factors. One of the most remarkable features of India has been the opportunities it offers to people. Many states have their specialities in different forms. Some might be termed as a financial hub, while another may be good in the technological field.

Haryana is one such state that is a perfect example that never leaves a stone unturned in providing its people with a bundle of opportunities. It leads the charts in several areas and ranks amongst the topmost sound and developed Indian states. The most notable works include its efficiency in business & industrial areas. Haryana Government currently stands in the top ten list regarding industrial production, manufacturing a massive number of cars, cranes, and many other items.

The state can be defined as a significant hub of tertiary and manufacturing activities. This signifies a crucial indication of development and growth in the state and country. In the tertiary sector, defense and related services hold the most significant share in the contribution of the service sector to Haryana’s GSVA (Gross Value Added). The major reason for such a tremendous growth of Haryana has been the boosting and uprising MSMEs sector.

Micro Small Medium Scale industry carries a prominent place in the economic development of any country. It has a direct impact on the GDP of the country. In developing countries like India, MSMEs are a savior for lakhs of unemployed people.

According to a report, MSMEs solely contribute a whopping 6% to India’s overall GDP. The state has done an incredible job in pacing up its growth rate over the years when it comes to Haryana.

The Chief Minister of Haryana has repeatedly given special importance to the MSME sector. Manohar Lal has marked the significance of this sector in pacing the development of the state. The state hosts more than 1,00,000 MSMEs evenly spread across rural and urban areas. It is one of Haryana’s most employment generating sectors, employing around 10,00,000 people.

The most MSMEs in Haryana could be found in the sectors, namely automobile, food & beverages, textiles, engineering, and metals sector. The major micro and small enterprises are situated in cities like Panchkula, Ambala, Karnal, Rohtak, and Kaithal, whereas the medium-scale businesses are in Panipat, Faridabad, and Gurugram.

With increasing development in infrastructure, trade and commerce in the MSME sector have risen manifolds. Easy connectivity has meant that the business people have greater access to the consumers, leading to higher growth.

All the sectors, i.e., primary, secondary, and service sectors, have grown at an exceptional rate. While the primary and secondary sectors grew at 6.4% in 2016-17, the tertiary sector stood out with an impressive growth rate of 10.8%.

On the one hand, the state witnesses growth in food grains production, while there also lies an increment in the services produced. Therefore, there is an excellent scope for development and improvement of MSMEs in Haryana.

The following points highlight the major initiatives that have boosted the MSME sector in Haryana.

The government of Haryana regularly gives perks to the business people in the form of waiving off utility charges. They usually provide an exemption ranging from INR 10,000 to 40,000 per month, which indirectly gives enterprises an additional source of revenue.

There is an excellent scheme launched by the Haryana government named Haryana MSME Revival Interest Benefit Scheme. According to this initiative, employees get a maximum sum of INR 20,000 per month when they take up working capital loans. They get 100% interest benefit on these loans up to the capacity of 20,000.

If a person gets a property controlled by authorities like the government, Panchayati Raj Institutions, or any urban local bodies, they get various benefits such as exemption from the rent of the buildings or property and many other waivers.

The government has installed various helpline numbers reaching out to thousands of budding entrepreneurs new to the corporate world. They guide the people to start their own enterprise. They motivate them to take up great steps to promote MSME.

The government has requested and persuaded various public and private banks to aid MSME businesses financially. These banks help these organizations by giving loans at reasonable rates.

Restroom and living facilities have been given to the workers and laborers by the Haryana state government in various areas. This eliminates the doubt in the minds of the workers who do not work due to shelter problems.

Apart from all these initiatives, the state government has also come up with funding options for purchasing raw materials, essential things to start the business, investment options, etc.

Vision Of State Government Towards The Growth Of MSME

As stated earlier, the state government has put in considerable efforts in making MSME in Haryana a success. The rising journey of the MSME sector in Haryana has been inspirational for many people. The government had given excellent guidance to the vision and objectives they drafted.

The state government has laid down various policies and initiatives to convert its vision into clinical success. The major breakdowns of its vision are listed as follows.

In order to execute these objectives and achieve the ultimate vision, the government has drafted crucial steps. Firstly, the development takes place in terms of different blocks; There are four blocks – A, B, C, and D. These differ from each other based on the industry type.

Furthermore, it has introduced a cluster approach to meet different enterprises’ various financial and technological needs. It strengthens the infrastructural link and integrates it with the aims of MSMEs. The most crucial development in this sector is due to the government’s introduction of various schemes and initiatives. These are mentioned in the following section.

The MSME sector in Haryana is growing at an incredible speed, fastening the country’s economy. There are many areas that have evolved using the evolving technology. Awareness programs have given these businesses a much-needed knowledge base to establish a strong firm.

However, there are many developments yet to come in MSMEs in Haryana. There are various challenges, threats, and opportunities ahead of the development roadmap. Many policies by the government are yet to be executed properly. Various schemes are not implemented in the most remote places where they are the most needed.