Hike In RBI Repo Rate: What Will Be The Impact On MSME Sector? 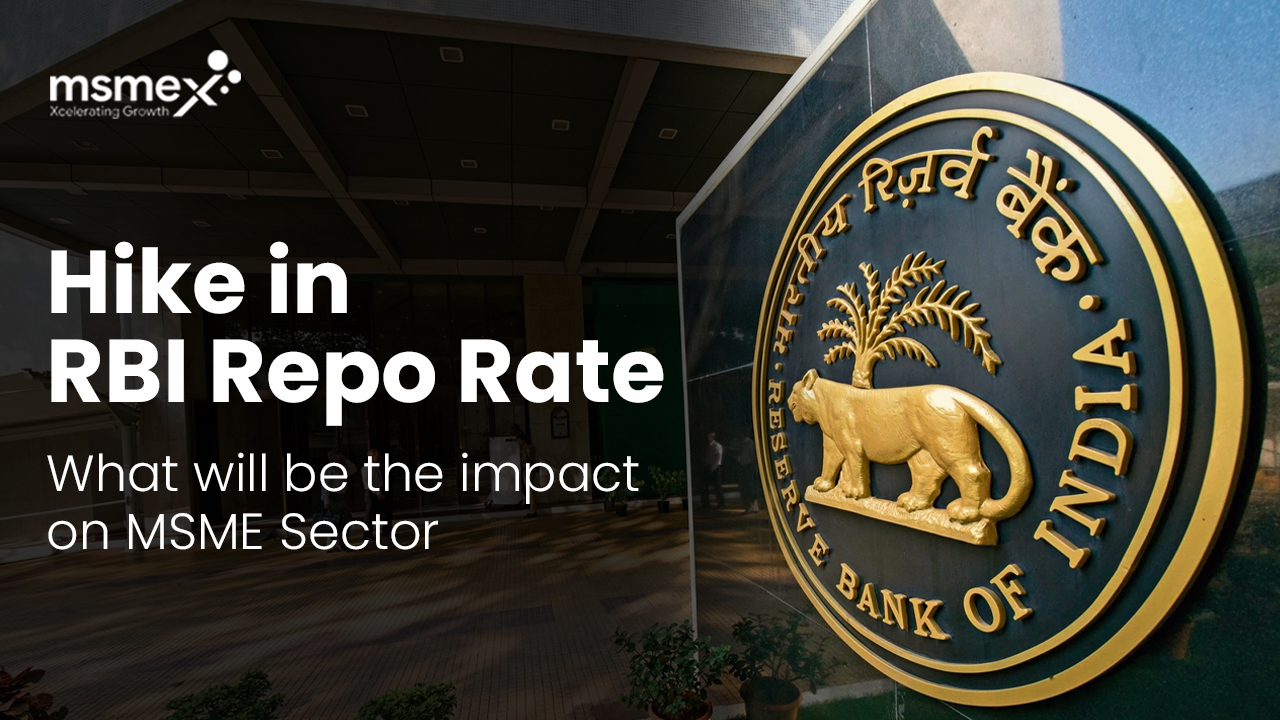 The Monetary Policy Committee (MPC) of the Reserve Bank of India (RBI) increased the repo rate by 40 basis points on May 4, 2022. This is the second consecutive time that the repo rate has been hiked. The MPC has cited concerns about rising inflation as the rate hike.

A few months after the pandemic, the RBI concentrated on economic growth despite the escalating inflation. But it appears that the RBI is now focusing on controlling rising inflation following economists who believe that retail inflation could reach 7.5 percent in April due to increasing diesel and petrol prices.

On Wednesday, RBI increased repo rates by 40 bs to reduce the rate of inflation that is rising due to the pandemic and the Russia-Ukraine conflict. Repo rates are when the RBI lends money to commercial banks in the event of an insufficient amount of funds. The repo rate is increased to help the RBI remove excess liquid from the economy to control inflation. It is also helping to control inflation. RBI has also increased the ratio of cash reserves in banks by 50 bs, bringing it to 4.5 percent. The repo rate is the rate at which the RBI lends money to commercial banks. When this rate is increased, it becomes more expensive for banks to borrow money, which in turn increases the interest rates that borrowers have to pay. This can be bad news for the MSME sector, as it becomes more expensive for them to borrow money and run their businesses.

The Monetary Policy Committee is planning to assemble on June 8, and analysts are expecting it to increase the repo rate by at least 25 basis points again. “The MPC judged that the inflation outlook requires a prompt and prompt response, utilizing rigorous and well-calibrated steps to ensure that the second-round effects of supply-side shocks to the economy are contained, and longer-term inflation expectations remain in check,” Mr. Das stated.

The market was shocked by the move and pushed Benchmark Sensex down by 1,474 points during the intra-day trading, and raised the yield of the benchmark bond of India to 7.38 738 percent. One basis point equals1/100th% points.

Learn more about – What Are MSMEs? Its Definition, Benefits, Registration Process And Classifications Explained

Higher interest rates will increase the cost of borrowing for MSMEs. This could lead to a slowdown in investment and expansion plans and impact profitability. Small businesses are already struggling due to the liquidity crunch, and the increase in the repo rate will only worsen things. The interest rates on loans are likely to go up, increasing the cost of doing business for MSMEs. They may also find it harder to get funding from banks and other financial institutions.