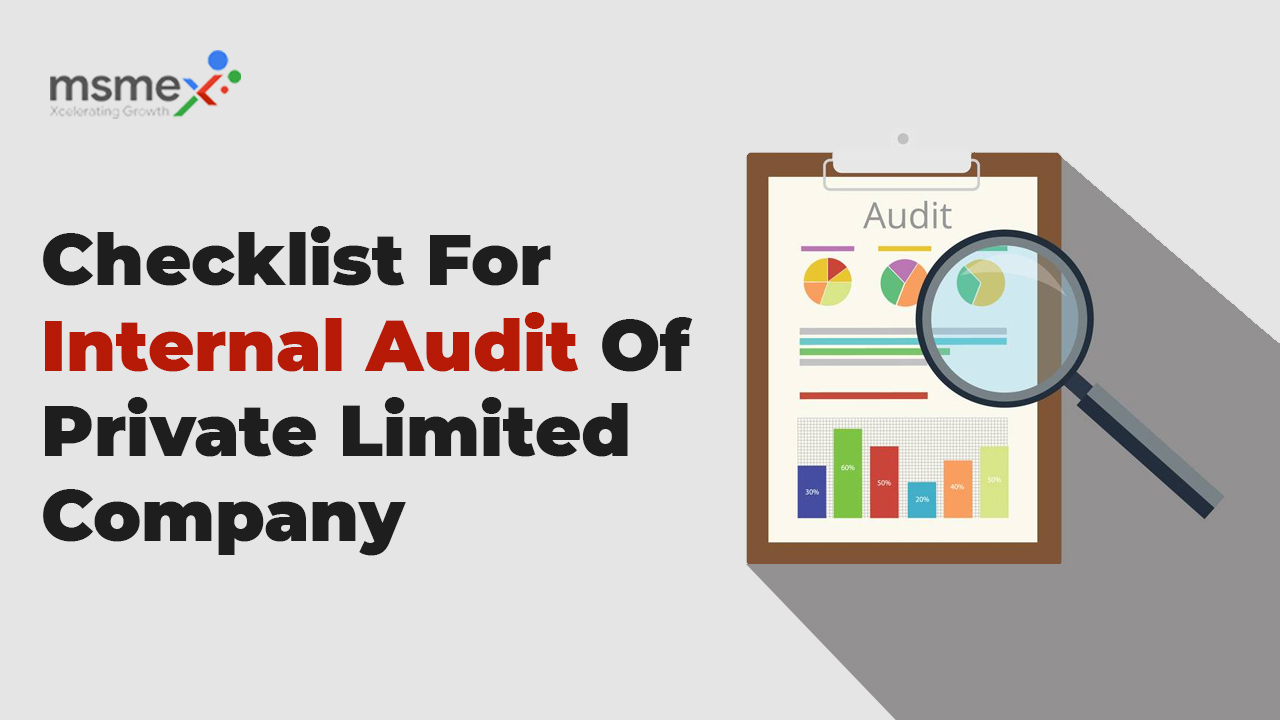 No matter what the status of a company is, each private limited firm must get its accounts audited periodically and the process must be done annually before the end of the current financial year by chartered accountants also known as CA in the language of the common masses.

The auditor (chartered accountant) must evaluate the documents of the company and generate the audit report which the company must provide for the registration of the firm. The internal private limited audits are conducted with the management’s recommendations.

It is done to verify the economic conditions of the company and also to check the efficiency of firms. This internal audit boosts the management including finances, outputs and also helps to make alterations in the blueprints of upcoming projects and the project on which the company is currently working. The Checklist Of Internal Audit Of Companies Is As follows:-

Learn more about – How To Change Company Name In India? Step-By-Step Procedure And A Checklist To Change Business Name

The Following Steps Are Performed To Get An Audit Done:-

Before planning an audit, a company needs to make sure that every member of the team has a clear heads-up to the company’s ambitions. If you fail to do so, the results you would get while performing an audit randomly will not give you sufficient information. This can make the whole audit procedure almost useless.

To start first, make sure that everything is scheduled accordingly. This comprises notifying the auditors you are employing to deduce the most beneficial time to take the review.

After the successful completion of the audit, the auditors will confront you, to talk about the results they came up with. The results of this discussion will be to show the fallacies that were found during the audit and what schemes can be used to enhance those weak areas.

Now you will need to reveal the outcomes of the audit and problems that were detected. Relate your standards from before to after the conduction of the Audit to discover if there are any significant differences in achievement based on the recommended changes.

The following are the type of organizations on which the Income-tax act of 1961 is applied:-

Learn more about – A Complete Guide To SME-IPO – Understand SME-IPO, Its Requirements, Advantages And How To Get Listed

Who Can Sign The Audit Report of a Private Limited Company?

Is There Any Fine For Non-Obedience To A Private Limited Audit?

What Is The Fine For Form AOC-4?

What Is The Fine For FORM MGT-7?

The Fine Of Not Filing Of ITR-6

Total No. Of Documents Required In The Private Limited Audit Report Are:-

Documents which will be attached in the audit report are

The whole contents of the Audit report are as follows:-

Audit programs are primarily for those companies that have never been audited before and should have multiple degrees of review before being completed. The following individuals should approve the preliminary internal audit planning methods before the beginning of fieldwork:

Internal auditors create audit strategies from scratch and are more eligible to perform a company’s audits. Internal auditors will be able to conduct audits over specialised areas which are routinely audited.

When internal auditors spend their maximum time and resources on their organization’s main objectives, it directly increases internal auditor job satisfaction. They will be taking on more fascinating projects. Perhaps more significantly, suggestions by internal audits will have a more stunning effect to ensure a positive change in an organization.