Key Highlights of The Annual Report (2021-2022) of Ministry of Micro, Small and Medium Enterprises 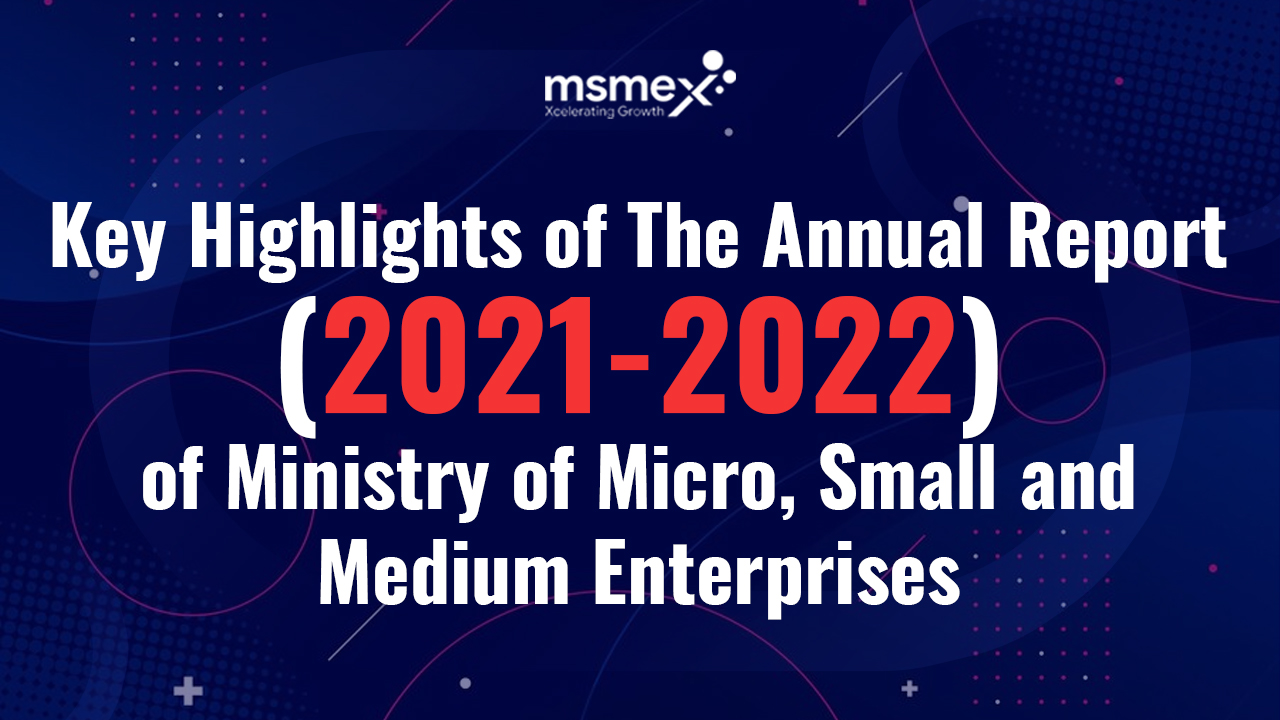 We are already aware that small and medium-scale enterprises play a significant role in most economies. Such enterprises account for most of the business across the world. They significantly contribute to the development of the economy and creating jobs.

However, a key constraint to the growth of an SME is access to finance. Keeping this in mind, the annual report is being published by the Ministry of Micro, Small, and Medium Enterprises to let people know more about the operations and working of MSMEs.

Some of the primary functions of the National Board of MSME are: The report released by the ministry for 2021-22 has been released to share data related to the expenditures that they can make on major schemes for nine months, which ended on December 2021.

The budgetary allocation for FY21 was Rs 7,572 crores, whereas, for FY22, it was more than doubled to Rs 15,700 crores. Despite this massive increase in the budget, the expenditure on numerous MSME schemes was decreased.

Learn More About – What Is NSIC? Its Schemes, Registration Process and Required Documents for Registration

Some Insights on the Recent Developments

Direct Benefit Transfer in the M/oMSE

The governments of India have introduced several welfare and subsidy schemes, and they have been brought under Direct Benefit Transfer (DBT). This is mainly done to enhance the delivery system by re-engineering all the existing subsidy and welfare schemes.

It would further help the rapid and more straightforward flow of funds and at the same time ensure de-duplication and the reduction of fraud, accurate target of beneficiaries, etc. All the schemes are further categorized depending on the benefit type of the beneficiary, such as cash, kind or composite.

Learn More About – What Is Startup India Scheme? Know The Scheme Details, Eligibility Criteria And List Of Advantages

In the above article, we saw that the Ministry of Micro, Small, and Medium Enterprises released an annual report for 2021 and put forward some significant numbers. The figures depict that the funds allocated for the betterment of the industry were not employed entirely. The MSMEs should plan further about utilizing the funds to a great extent and obtain the maximum benefits.