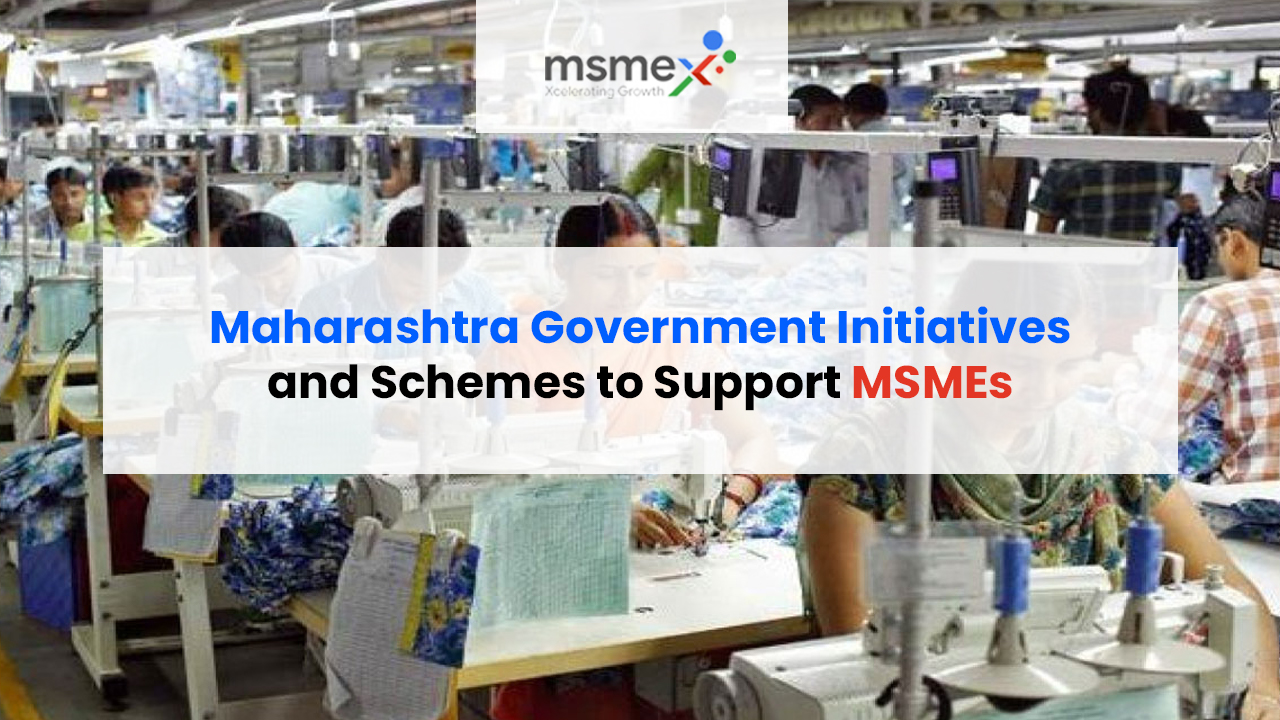 In the last five decades, the Micro, Small, and Medium Enterprises (MSME) sector has grown as a lively and active segment of the Indian economy.

It makes a substantial contribution to the country’s economic and social growth by encouraging entrepreneurship and creating enormous employment prospects at a low capital expense.

MSMEs serve as ancillary units to massive companies, and this sector participates actively in the country’s inclusive industrial development. MSMEs are expanding their sphere of influence across the economy, generating a broad range of products and services to fulfill the needs of both domestic and international markets. State governments have primary responsibility for MSMEs promotion and growth. However, the Indian government supports state governments’ efforts through a variety of measures and schemes for MSMEs.

The Ministry of MSME and its organizations’ role is to support states in their actions to promote entrepreneurship, employment, and livelihood opportunities along with improving MSMEs’ competitiveness in the changing economic environment.

Highlighting Maharashtra As A Land Of Opportunities

Maharashtra is India’s third-largest state, accounting for almost 9.4% of the country’s total land area. With three international airports, about 303,000 kilometers of road, and 6,165 kilometers of the rail system, the state has decent connections to all main markets.

The state has a 720-kilometer coastline and 55 ports that support around 22% of India’s total freight transportation. Mumbai, the state capital of Maharashtra, is recognized as India’s financial hub and is home to primary business and financial institutions’ headquarters. Through the Bombay High refinery, it is also India’s top producer of crude oil.

Maharashtra had the biggest FDI influx in the country between 2000 and 2020, with a GSDP of roughly $370 billion in the 2020-21 fiscal year, which is the highest GDP contribution by a state in India. All these make Maharashtra land of numerous opportunities.

More About The Opportunities And Potentials Of Maharashtra:

Overview Of MSME Sector In Maharashtra

Maharashtra has an estimated number of 47.78 lakh MSMEs which takes about 8% share of the total MSMEs in the country. Out of them, 47.60 lakh are micro firms, and 0.17 lakh are small enterprises.

When it comes to Udyam registrations of MSMEs, Maharashtra ranks first with nearly 3.8 lakh registrations. It is worth noting that MSMEs in the service sector account for a higher proportion of Udyam Registration than MSMEs related to the manufacturing field.

Maharashtra operates a number of programs for MSMEs across the state, including credit and financial aid, skill development training, infrastructure advancements, marketing subsidy, technology and quality upgrades, and other services.

Vision Of State Government Towards The Growth Of MSME

Micro, Small, and Medium Enterprises (MSME) contribute considerably to the country’s economic and social growth by enabling entrepreneurship, creating jobs, and serving as a support system for massive enterprises. The government has placed a high priority on this sector in the past few years since it is considered critical to fulfilling the government’s goal of a $5 trillion economy by 2024.

The national government along with respective state governments has implemented a variety of measures to accomplish this throughout time. According to recent information, MSME units contribute 29 % to the nation’s GDP and have a 48 % share in exports.

Here are the best MSME schemes and financial incentives given to the MSMEs by the state government of Maharashtra.

The Pradhan Mantri Mudra Yojana provides MUDRA Loans (PMMY). The full form of MUDRA is Micro-Units Development and Refinance Agency. Borrowers can get business loans varying from Rs.50,000 to Rs.10 lakh under this scheme, which is divided into three types: Sishu, Kishor, and Tarun:

MSMEs that are based on the following industries can get a loan under the Pradhan Mantri Yojana scheme:

In order to begin a greenfield firm, the Stand Up India Scheme supports bank loans between 10 lakh and 1 crore to a minimum of one scheduled caste or scheduled tribe, borrower, and at least one female per bank branch.

The firms in the trading, service and manufacturing sectors can get this loan. In non-individual firms, a minimum of 51 % of the shares and stake need to be held by an SC/ST or female entrepreneur.

In such circumstances, KVIC distributes government assistance through specified banks for ultimate direct disbursement to the recipients or entrepreneurs. In the business or service sector, the maximum project or unit price is Rs. 10 lakhs, whereas it is Rs. 25 lakhs in the manufacturing field.

In addition to that, it will be paid over a 7-year duration in the structure of a refund of Gross GST payable on the firm’s sales. If the gross SGST for the year is lower than the approved incentive, the difference will be carried over to the upcoming year.

Only new units are eligible for this subsidy, which is based on interest paid to banks and public financial institutions on term loans used to obtain fixed assets. The percentage of the subsidy is limited to 5% of the lower rate of interest. Each year, the amount of interest subsidy payable to the qualified unit will not surpass the amount of power bills paid during the same year.

In the applicable eligibility period, all qualified new units in Group C, D, and D+ locations, No-Industry Districts, Aspirational Districts, and Naxalism-affected regions would be free from paying electricity duty. Only qualifying 100% Export Oriented Units (EOUs), Bio-Technology Manufacturing Units, and Information Technology Manufacturing Units will get exemption from paying electricity duty for a duration of seven years in Group A and B locations.

During the investment period in Group C, D, D+ Talukas, No Industry Districts, Aspirational Districts, and Naxalism-affected areas, recent units along with already existing units will be exempt from paying stamp duty on land acquisition and term loan intentions.

Exemption from the stamp duty would be offered in Group A and B regions as follows:

Power tariff subsidies will be available to qualify newly established micro, small, and medium enterprises (MSME) and small businesses. For the energy consumed and paid, the subsidy will be Rs 1/- per unit for firms in Marathwada, Vidarbha, North Maharashtra, Sindhudurg in the Konkan Region, Raigad, Ratnagiri, No Industry Districts, Aspirational Districts, and Naxalism Affected Areas.

However, the remaining firms located in other regions of the state are eligible for Rs 0.50 per unit for a period of three years from the date. However, this incentive will not be available to firms in Group “A” locations.

In five years, the Indian government hopes to double the country’s economy to $5 trillion. To obtain this goal, the central government along with the state governments have started creating career options for the young population by supporting MSMEs since they have the capacity to serve as a vital job generator.