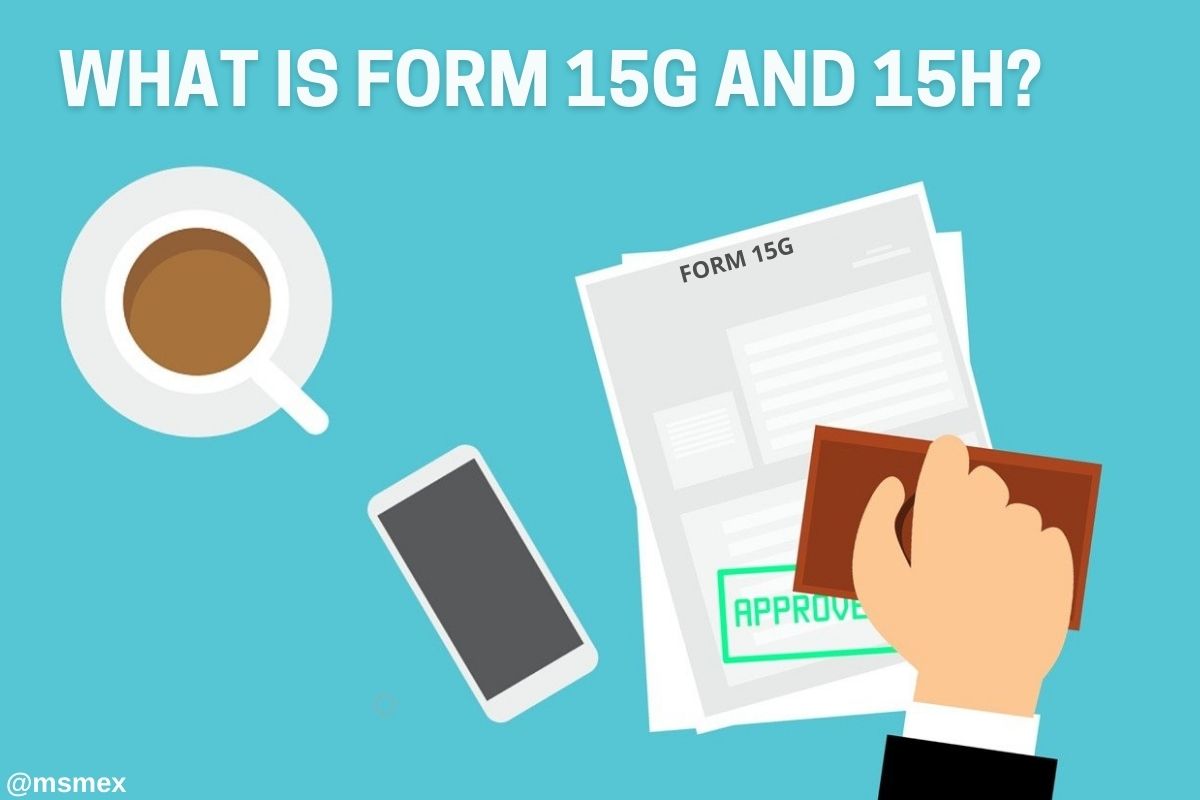 Among taxpayers in India, one of the most frequently asked questions is, What is Form 15G?

If your objective is to save on income taxes and to ensure that no unnecessary deductions take place, it’s essential to know the concept of TDS on interest earned, which will help you to understand what is Form 15G and its advantages.

We will also share the 15G Form Format, Eligibility for Form 15G, and the benefits associated with them.

But first, let’s understand the concept behind TDS or Tax Deducted At Source on interest, which forms the basis for filing Form 15G and Form 15H.

TDS On Interest Earned Can Be Saved

Banks are required by law to cut TDS on the interest earned by an individual, if the total interest earned is more than 40,000 in a year. This interest can be earned on fixed deposits, rent received, insurance commission, provident fund withdrawal, and more. Earlier, till FY2019, this limit was Rs 10,000, which has now been extended to Rs 40,000.

Now, what if your income is less than the taxable threshold?

In that case, you can ask for a waiver on the TDS cut on the interest earned, and this is a provision offered by the Income Tax Department.

However, to claim a waiver on the TDS, you will need to file a declaration in case your taxable income is less. And this declaration is Form 15G.

Form 15G is a declaration provided to the Income-tax department that your total annual income is less than the tax threshold; hence, there should be no TDS cut on your interest earned in that year.

If your interest earned in a year is more than Rs 40,000, and your taxable income is less, then filing Form 15G and 15H are highly recommended by experts. This can save you a considerable amount of tax, which is deducted at the source by banks, as per Govt norms.

The purpose and objective of both Form 15G and 15H are the same: Save TDS on your interest earned.

While understanding what is 15h form, it’s also necessary to know the eligibility criteria: This means, before filing form 15G and 15H, you should meet these conditions:

15g Form Format And How To File Form 15G Online

15G form format, along with form 15H format, is available to download from the Income Tax Department website, and you can file both online.

You can file both of these forms online via your bank’s internet banking platform or the income tax department website.

As per the Central Board of Direct Taxes (CBDT) rules, the Tax Deductor should have a UIN (Unique Identification Number) attached, for every self-declaration made, for every year.

While filing these forms at the bank’s website, via your internet banking account, the filing is usually done at the section where details about the fixed deposits are provided. Form 15G and Form 15H can be downloaded from the same section.

To stop fraud, Govt of India has imposed strict penalties for those abusing the system by filing false and wrong information under Form 15G and 15H.

If income tax of more than Rs 1 lakh is evaded via the wrong filing of these forms, then there is a provision of imprisonment from 6 months to 7 years.

For others, imprisonment between 3 months to 3 years is provisioned.

Still, have doubts and queries on what is Form 15G and 15H? Wish to consult with Tax experts before filing these forms?

We at MSMEx can help you right away! Our one-of-its-kind micro-advisory platform connects entrepreneurs with experts in finance, tax, legal, business, and more.

Book an appointment on MSMEx, and clear all your doubts related to form 15G and 15H right away, live!