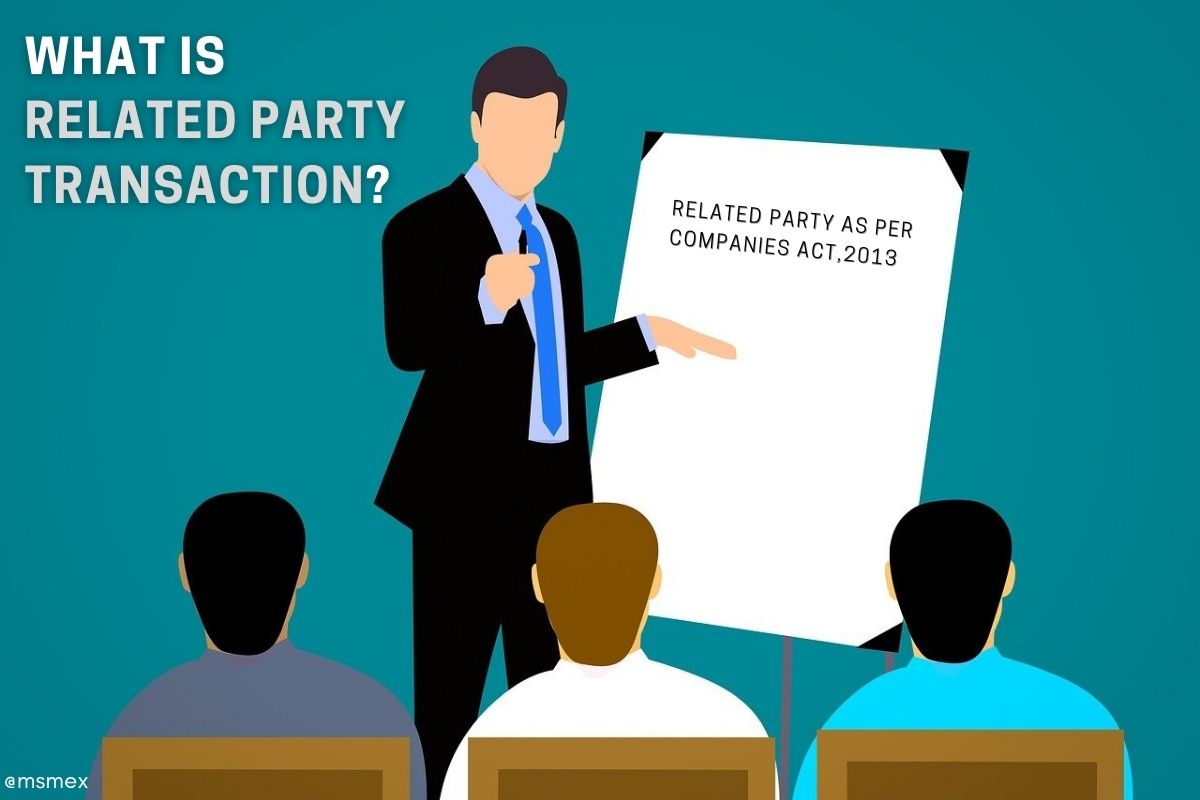 When it comes to business, it’s imperative to keep a clear distinction between family/relatives and shareholders/partners.

Often, under the influence of power and position, top management of a company starts dolling out sweetheart deals to family members and relatives.

In some cases, Directors, Chairmans, and CEOs start shady transactions with their relatives and family members, which directly impacts the interests of the shareholders.

This is a related party transaction, and it has to be scrutinized and examined.

For example, a Director rents out office space from his cousin and finalizes a higher deal than the market rate.

The Director aims to siphon-off the extra money, or he is doing a favor to his cousin by such executing such a deal. In either of the cases, this is wrong, and the shareholders of the company will suffer.

Related party as per Companies Act 2013 treats such transactions as wrong, and there are actions and penalties against them.

Management of a company can transact and deal and do business with their relatives, which is allowed, but unfair business deals and shady transactions are not allowed.

In this article, we will share What is a Related Party Transaction and the defintion of related party as per Companies Act 2013. We will also share some related party transaction examples, which acts as a case study on what not to do in such scenarios.

But first, what is a related party transaction?

What Is A Related Party Transaction?

In simple terms, related party transaction means a business transaction is happening between any company member with their relatives and families.

But, if Company A buys raw material at a higher market rate from their relative X or Director of Company B rents out the office space from his cousin at a higher rate, this comes under scrutiny.

And this is not allowed.

Related Party As Per Companies Act 2013

Some of these sections were amended in the Companies Act 2014 (Amendments).

As per related party under Companies Act 2013, if any holding company or subsidiary of these ‘related parties’ conducts any business transaction with the organization, these are categorized under Related Party Transactions.

No, related party transactions are not banned, but they are heavily regulated and examined to stop the management from taking advantage of their position.

Govt of India has introduced several safeguards and checkpoints to monitor and regulate RPTs, under Section 188, 189, and 177 of the Companies Act, 2013.

For example, without the consent of the Board of Directors, no entity from the company can enter into a related party transaction for:

Companies Act also clearly defines the meaning of terms like profit, place of profit, relatives, key managerial persons, and more. This helps new businesses to stay alert and stops them from conducting any business transaction which can be penalized for violating laws.

In 2019, owners of Domino’s Pizza: Jubilant Foods lost Rs 1000 crore in market cap as soon as they announced a move which experts stated as a clear case of RPT.

Maruti Suzuki was criticized for an allegedly RPT when they announced that Maruti Suzuki India Ltd would pay a higher royalty to their parent company Suzuki Motor Corp.

In 2014, Siemens India agreed to sell a metal business to its parent company Siemens AG at a valuation without any backing. They were forced to revise the valuation.

In 2018-19, Indigo partners were engaged in a public spat over irregular RPTs, wherein sweetheart deals and incentives were rolled out for relatives by one partner.

There are tons of case studies, which show how, sometimes, the management misused the power and their position and conduct business deals, which destroys shareholder’s trust and benefits their relatives and family members.

If you are still unsure about related party transactions meaning, and trying to find out ways for Auditing Related Party Transactions, then we at MSMEx can help you out.

We are a one-of-its-kind micro-advisory platform, wherein we connect entrepreneurs and CEOs with business veterans and experts from diversified niches. You can consult and take mentorship from legal experts, tax experts, finance experts, and more, and get real-time insights and guidance.

Book an an appointment with MSMEx business coaches right now, and ensure that you are on the right track.